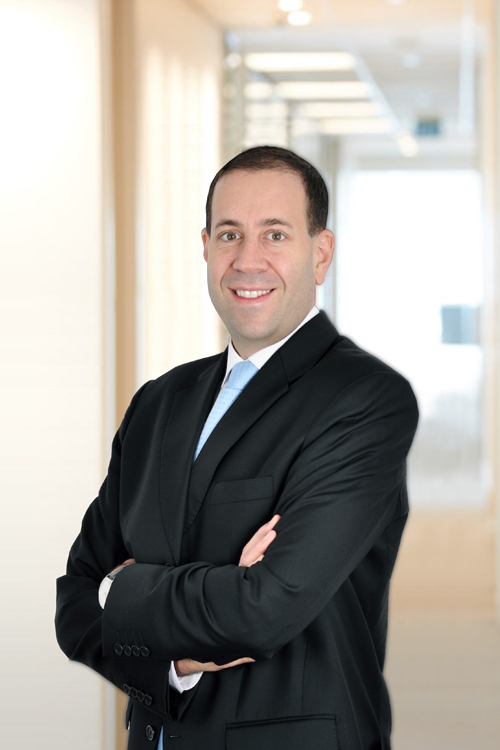 Kian André Farhoumand is a Swiss wealth and asset manager with over 18 years of work experience in the finance industry. Mr. Farhoumand is currently overseeing Arch’s client relationships and capital-partnering efforts with institutional and Ultra High Net-Worth private investors and families. Prior to joining Arch Corporation, he was a top-performing wealth manager with three leading banks in their respective countries, namely UBS, Citigroup, and the Royal Bank of Canada.

After completing his Political Science master’s degree at the University of Geneva, Mr. Farhoumand stepped into the financial industry when selected by UBS to join its exclusive Graduate Program in 2000. After obtaining his Private Banking degree in 2001, he was solicited to join the in-house Family Office team dedicated to the bank’s most valued relationships. He participated actively in the development of tailored solutions dedicated to the bank’s top tier client segment and was praised for his relationship and management skills. In 2006, Mr. Farhoumand was approached by Citigroup to leverage and share his expertise in managing sophisticated relationships and to participate in the Citi’s Middle East expansion.

In 2008, Royal Bank of Canada asked him to join its Swiss Private Bank. Acting as senior private banker and leading the Middle East expansion, Mr. Farhoumand and his teams developed long term and trusting relationships with sophisticated investors. Always willing to undertake new challenges, Mr. Farhoumand led many initiatives with the RBC Investment Solutions team to develop new investments suitable to the particularities of his clients’ markets and segments.

Following RBC’s decision to shut down its International Wealth Management operations across the globe, in 2016 Mr. Farhoumand relocated to Dubai and joined Julius Baer as Executive Director for the Middle East market; his last role prior to joining Arch Corporation in 2018. Through his expertise and his sound knowledge of top-tier investors’ financial needs, Mr. Farhoumand has proved to be a productive and devoted manager to both his companies and his clients. Through the diversity of his work experiences, Mr. Farhoumand will contribute to Arch Corporation’s target of identifying and developing new business opportunities that will increase new market share while contributing actively to the satisfaction of Arch’s investors.